From unlocking your smartphone to scanning your fingerprint at the airport, your physical attributes – or â€œbiometricsâ€ – are regularly used to verify your identity.

But experts warn that using your unique characteristics to confirm your identity could put you at risk for hacking.

And unlike a password, which you can easily change, your biometrics cannot be changed.

From unlocking your smartphone to scanning your fingerprint at the airport, your physical attributes – or â€œbiometricsâ€ – are regularly used to verify your identity.

A lot of companies use biometrics, from HSBC, which allows you to access your bank account using just a fingerprint, to RightPatient, which allows medical facilities to retrieve a patient’s electronic health record with a single biometric analysis.

According to Marc Goodman, Interpol and FBI adviser, by 2019 biometrics could represent a $ 25 billion (Â£ 19 billion) industry with 500 million scanners.

With password logins, you have to remember long sequences of numbers and letters, while biometrics is much more convenient.

A recent survey showed that 80 percent of consumers prefer to use biometric authentication over traditional passwords.

Additionally, 52% of consumers said they would choose an option other than traditional passwords.

However, the main problem with using biometrics is the fact that if you get hacked you cannot replace them.

Speaking to NBC News, Mr. Goodman said, â€œYou can always get a new credit card. You can always create a new password. [It’s] really hard to get new fingers. You only have ten and once that information is disclosed it is released and there is nothing more you can do. 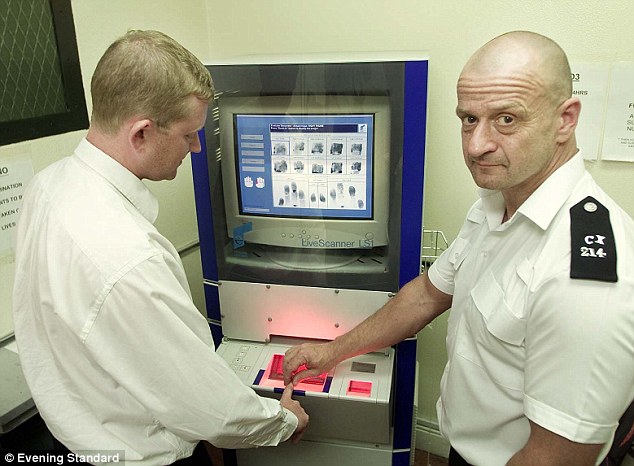 While most companies that use biometrics say they will encrypt their data for the purpose of protecting biometrics, there have already been cases of large-scale hacking.

For example, in December 2014, 22 million people had their personal data stolen from the Personnel Management Office, including their personal information and fingerprints.

Ms Rebecca Balebako, who had her data stolen in the hack, told NBC News: â€œThis information is going to stay stolen and I am not going to change my fingerprints.

â€œI also don’t know what they will do with the information about my children or about my husband or his family.

Ms Balebako herself works in the security industry, but added: “I am a privacy researcher and I don’t know what to do. I don’t see that I can do much to protect myself.

As our society moves more and more online and the use of biometric technology increases, the risk of being hacked continues to grow.

Mr Goodman added: “The best thing we can do is demand more from our government and the companies we provide this information to, to hold them accountable.”

SOON YOU COULD CONNECT TO YOUR COMPUTER WITH YOUR THOUGHTS

You could soon unlock your computer just by thinking about it.

It might sound far-fetched, but scientists have already created a prototype system capable of doing it with 94% accuracy.

The technology could one day completely replace passwords and make accessing gadgets safer and faster, according to its creators.

The system was devised by Blair Armstrong of the Basque Center for Cognition, Brain and Language in Spain.

Armstrong discovered that everyone thinks of different words in their own way.

In a recent study, he recorded the brain signals of 45 volunteers as they read a list of 75 acronyms, including ones like FBI and DVD.

After measuring these reactions, Armstrong used computer programs to find an individual’s “brain print”, according to a report in New Scientist.

While the 94% accuracy is still not as good as tech like Apple’s Touch ID, Armstrong says it’s a good start.