The Taliban obtained the biometric data of thousands of Afghans who aided the United States, according to a Republican congressman, who said Joe Biden would have blood on his hands if the data was used to track down Afghan allies.

Jim Banks, who represents Indiana in the House, attacked Joe Biden on Tuesday over the fact that a significant amount of weapons were left in Afghanistan after the US troops withdrew.

A Navy reservist who served in Afghanistan in 2014 and 2015 as a state senator, Banks told a press conference on Capitol Hill that the Taliban had obtained a large cache of weapons and equipment left by the United States, after receiving a series of intelligence briefings. .

But, he added, the most “unfathomable to me and to so many” was the biometric database, which was harvested and stored on portable devices of interagency identity detection equipment (HIIDE ) to assist local identification working with the coalition. 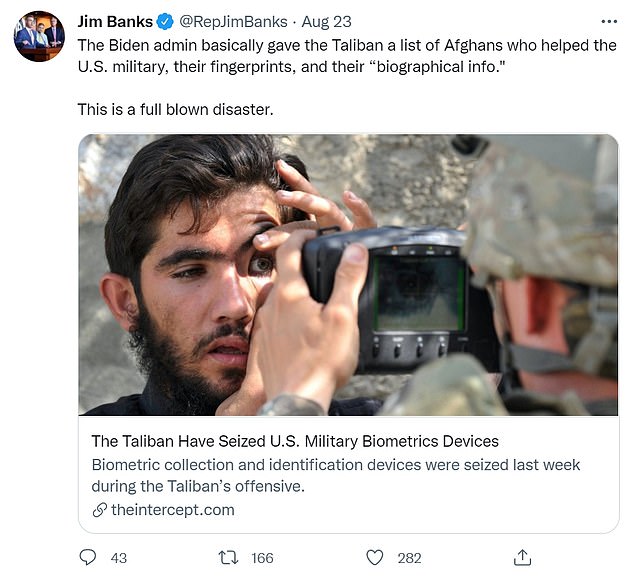 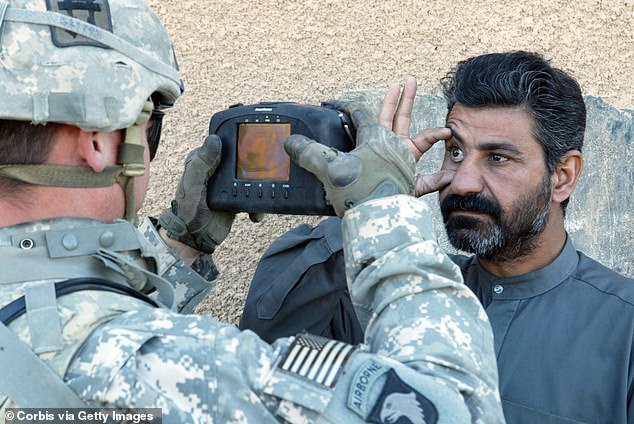 A HIIDE device is pictured in use in Iraq. It is not known how many aircraft were in service in Afghanistan and if their databases were searched.

â€œThe Taliban now have biometric devices containing the fingerprints, eye scans and biographical information of Afghans who have helped us over the past 20 years,â€ Banks said.

“This administration still does not have a plan to recover this equipment or supplies.”

He said Biden would have â€œblood on his handsâ€ if the Taliban started tracking those listed in the database.

Disclosures from Banks were also reported by The Intercept, which detailed how biometric devices work.

The website was told by a Joint Special Operations Command official and three former U.S. servicemen that the Taliban had obtained the devices, known as HIIDE, for wearable interagency identity detection equipment.

HIIDE devices contain biometric identification data such as iris scans and fingerprints, as well as biographical information, and are used to access large centralized databases.

They said it is not known how many Afghans are in the database, or whether the Taliban were able to access the information. 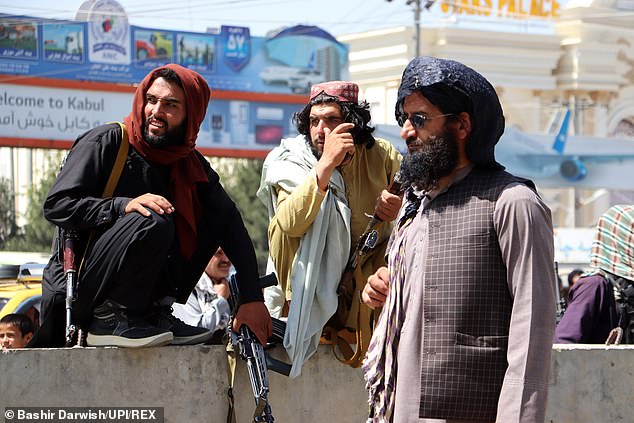 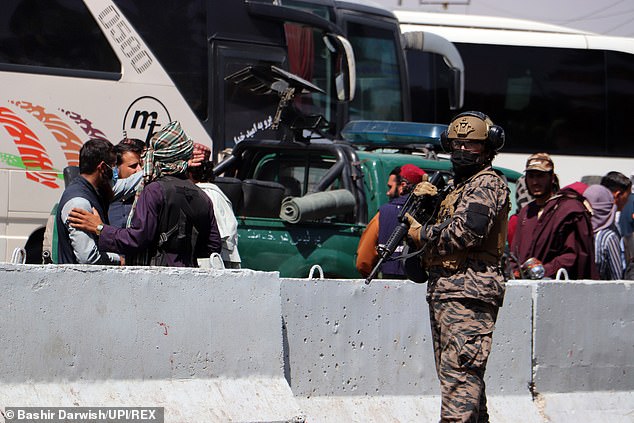 An army special operations veteran told the site the Taliban may not be able to operate the devices.

But, he said, Pakistan’s intelligence service, Inter-Services Intelligence (ISI), would have the skills to access the data. The ISI is known to work with the Taliban.

“The Taliban don’t have the equipment to use the data, but the ISI does,” the veteran said.

Annie Jacobson, who wrote a book on Pentagon data collection, told NPR in January that the Pentagon wanted to catalog millions of people – but it was not clear if they were successful.

â€œThe initial goal of the Defense Ministry was to capture biometric data on 80% of the Afghan population,â€ she said.

â€œThe target was around 25 million people.

‘It’s unknown [if they reached it] because these statistics are jealously guarded by the Defense Ministry and are not available from the Afghan government. ‘

A US military contractor told The Intercept: â€œWe treated thousands of locals a day – had to identify, search for suicide vests, weapons, collect information, etc. 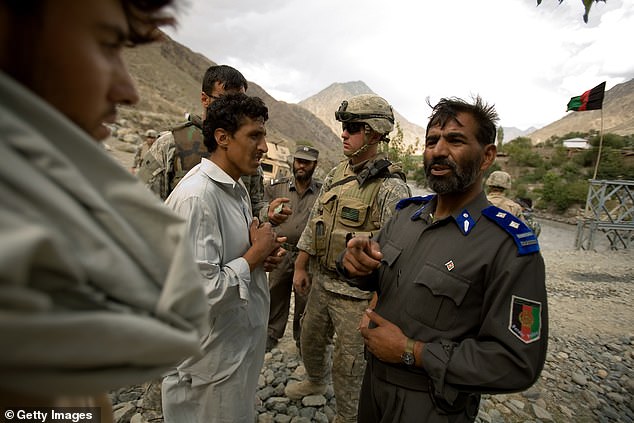 US soldiers are pictured in Afghanistan’s Kunar province in August 2006, working alongside members of the Afghan National Border Police. US forces routinely took details of Afghans they encountered for their database 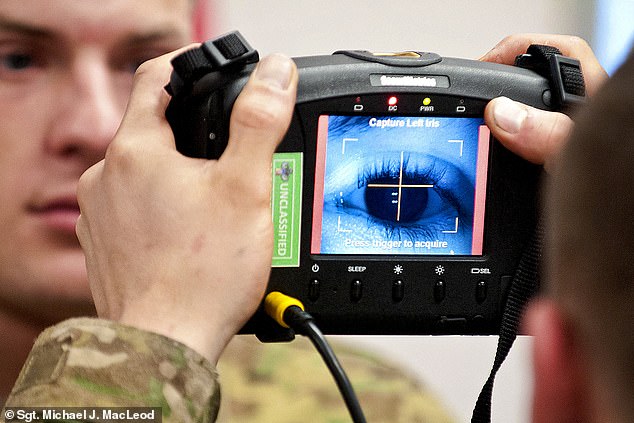 Banks said that “due to the negligence of this administration” the Taliban had also captured 75,000 vehicles; more than 200 planes and helicopters; 600,000 small arms and light weapons; night vision goggles and bulletproof vests.

He added that the Taliban now own “more Black Hawk helicopters than 85% of the world.”

Many pointed out that much of the equipment had been deliberately abandoned by the Americans for use by the Afghan national forces.

In addition, the Taliban could not necessarily fly planes and helicopters and certainly did not have the skills to maintain them without help from China, Pakistan or other countries.

A viral video showed a Black Hawk on the ground with its engines roaring, which the poster said was being operated by the Taliban – although it was impossible to see who was inside and the helicopter did not fly. not taken off.

The Black Hawks that the US government supplied to the Afghans were refurbished ex-US Army UH-60A models, according to The Drive, which deliberately lacked the latest technology.

However, the capture of the arsenal by the Taliban was certainly a press stunt for the Islamists.

Banks’ critics also pointed out that the numbers he cited were incorrect.

The Special Inspector General for the Reconstruction of Afghanistan – an office set up by Congress to oversee spending in the country – reported on June 30 that there were 167 serviceable planes, including 23 A-29 attack jets. and 33 UH-60 Black Hawk military helicopters in Afghanistan. .

There has been no full count of how many planes or other military equipment were still there in mid-August, when the Taliban regained control.